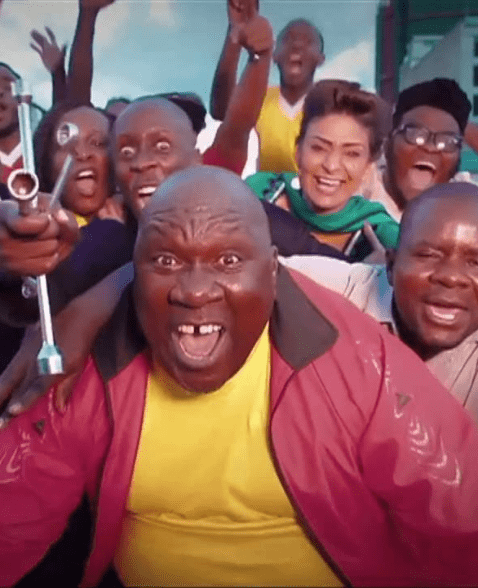 Charles Bukeko is one of Kenya’s most famous cross over actors. Though his acting career is commonly identified by the titular character in the television comedy series Papa Shirandula, his presence has been registered in movies, commercials and the theatre.

His story is one that gives hope to thousands of aspiring actors in the country having climbed from the unfathomable levels of deep poverty. Bukeko was the firstborn of four children to parents Valeria Makokha and Cosmas Wafula. He was born in Buhalarire, Mumias, Kenya.

He attended Jogoo Road Primary School and Upper Hill Secondary. Interestingly while in school he had a passion for football and not acting. This changed when he auditioned for minor roles at the Kenya National Theatre and was cast in a Dr JPR Ochieng' Odera production in 1998. He later joined Phoenix Theatre, where was groomed by a lead thespian Ian Mbugua and the famed Theatre director James Falkland who trained him on theatre basics.

Bukeko would then burst on to the advertising industry with a successful Coke Brrrrrr (portraying a spontaneous reaction to drinking a Coke) campaign, developed and launched by Ogilvy Johannesburg. The ad was voted the 2007 Advertisement of the Year by the Creative Circle. He later made appearances in two South African Vodacoms - in 2008 and 2010. His popularity among ordinary folk would make him the face of GOtv Africa, a paid TV satellite service owned by MultiChoice.

However it was the Thursday night comedy series on Citizen TV, Papa Shirandula that made him a household name. His role as a wise cracking Luhyia security guard epitomised the optimism of Kenyans in the midst of hardship. The show is one of Kenya’s longest running series and is currently in its 12th year. The growth of the show also created several successful artists who would go on to make careers in radio, TV, standup comedy and events. Among them are Kenyan radio presenter, actor and events MC Felix Odiwour (commonly known as Jalang'o), radio presenter Jacqueline Nyaminde (Wilbroda/Shirandula’s wife),  stand-up comedian and radio presenter Kazungu Matano (Captain Otoyo Sibuor)

The Papa Shirandula comedy series which he created won him the 2010 Kalasha Award for Best Actor in a TV Series. The show also bagged Best Comedy in TV series .

He has featured in internationally acclaimed films like Fernando Meirelles’ The Constant Gardener (2005), Malooned (2007) and The Captain of Nakara (2012).

He died at the Karen Hospital in Nairobi after a short illness.

He is survived by his wife Beatrice Ebbie Andega, and three children; Tony, Charlie and Wendy.

Life isn’t about how much money you have, but the difference you make in someone’s life

My your light shine on and light more

Great memories of our childhood friendship back home in Busia, the close family bonding between our two precious families and then later on in our pursuit to make ends meet in Nairobi....

We lived as nextdoor neighbors at NHC Langata until that time you encouraged me to get one of my own, which I did, hence becoming a proud home owner in Nairobi. We worked together at Makutano junction and other art projects because this is the trade we loved to do...

Charles, as a big brother and my senior in the acting industry, your wise words ever since I joined you in Nairobi from Mombasa, have never departed me and SHALL remain engraved in my heart and soul for as long as I live!

Fare thee well big brother. We will keep pushing the wheel from where you left and rest assured that we'll not disappoint!

Bukeko rest in peace it has been a long journey. I remember coming back from mombasa after 5 yrs and found you had joined mbalamwezi players. By then I had moved to Phoenix players you joined us there and you always wanted to produce your own work. I remember Tonny Njuguna and I rehearsing at your house in Uhuru eastate as we fed on groundnuts when your preparing your first production. We met again on screen and the two of us used to be the villains in makutano junction. Always shared with me your ideas  From when your creating Papa and last year about your new company. We will miss you and will make sure we keep discipline and keep the flame burning on the silver screen. Make sure you tell the acting department in heaven to give you a creative role so that when the time comes and we join you it is easy for some of us to fit in

This guy helped me debut on TV as an actress.I'll never forget him. A legend in the Kenyan entertainment industry. His immeasurable talent will never be encountered again. May God remember those he has left behind. Rest in peace Mr.Charles Bukeko.????????????

So much life to celebrate here. You were a gift. Thank you for the laughter and warmth you brought to me and my family during desperate times. Your work on earth is done. May you rest strong Bukeko Charles.

A great thespian gone too soon. Papa Shirandula you entertained us for more than  a decade. You have undoubtly left big shoes in the acting fraternity. RIP papa Shirandula, dance with the angels.

One surefire way for people in the arts to annoy Charles Bukeko was to call him by the runaway character he created for television, Papa Shirandula. It is perhaps the person and the character only shared a body but were two very different people. Before he created the eponymous character and the television series, Bukeko was a highly decorated actor who featured regularly in stage shows by Phoenix Players at the Professional Centre in Nairobi. Expanding his stagecraft to creating and performing for television he was able to capture the contradictions of urban life encapsulated in the guy known to his family as an IT expert but struggling to make ends meet as a security guard. The crisis of Papa Shirandula’s character captured the yearning for dignity in the urban worker against societal expectations and the high dependency that is the bane of the African. Charles was humorous, deeply thoughtful and extremely generous. I have never got over missing his wedding especially since he went out of his way to invite me. His life has ended abruptly but he changed his universe and created hope in the performing arts irrevocably. We’re all in your debt as artists and Kenyans shapeshifting to navigate this life.

Eternal rest be granted unto him oh Lord and let perpetual light shine upon him.